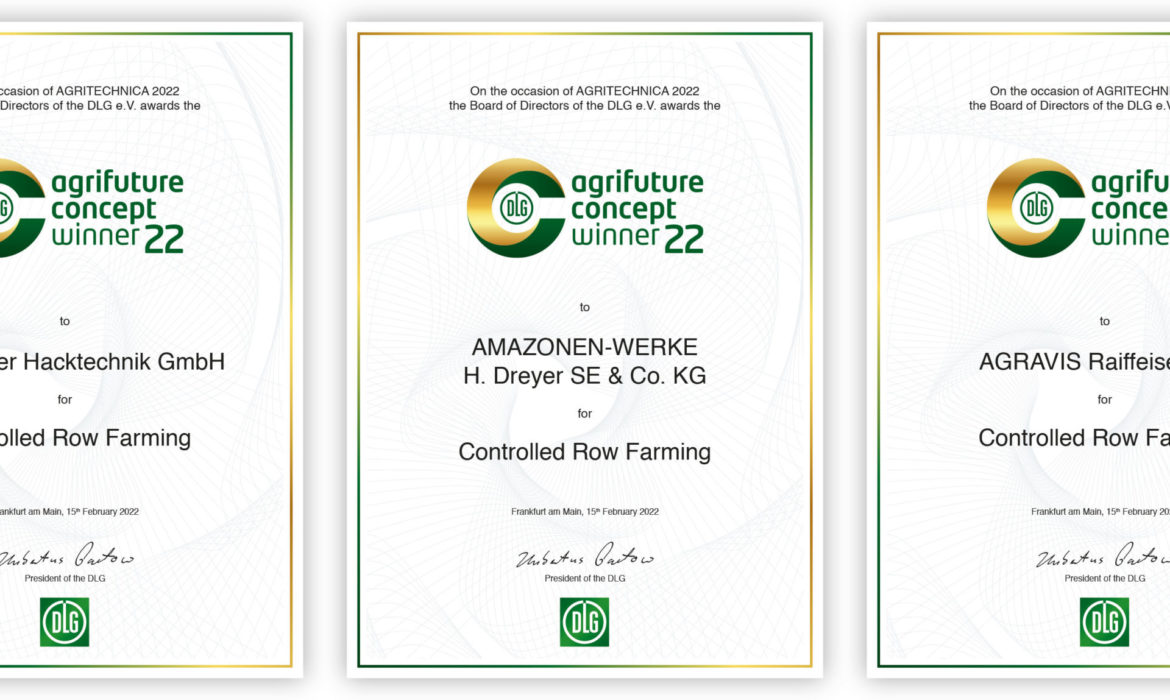 The “DLG-Agrifuture Concepts” innovation prize for pioneering achievements and visions for the future in agricultural technology was awarded for the first time during Agritechnica. The “CRF – Controlled Row Farming” farming concept from Amazone, Agravis Raiffeisen and Schmotzer Hacktechnik was chosen as one of the winners from a shortlist of ten nominated innovations. The jury of independent international experts appointed by the DLG (German Agricultural Society) thereby recognised the new arable farming system for promoting biodiversity through cultivation with uniform row widths.

The DLG is supporting pioneering concepts for the future of global crop production with this new award. The award ceremony took place on 15th February 2022 as part of an online event.