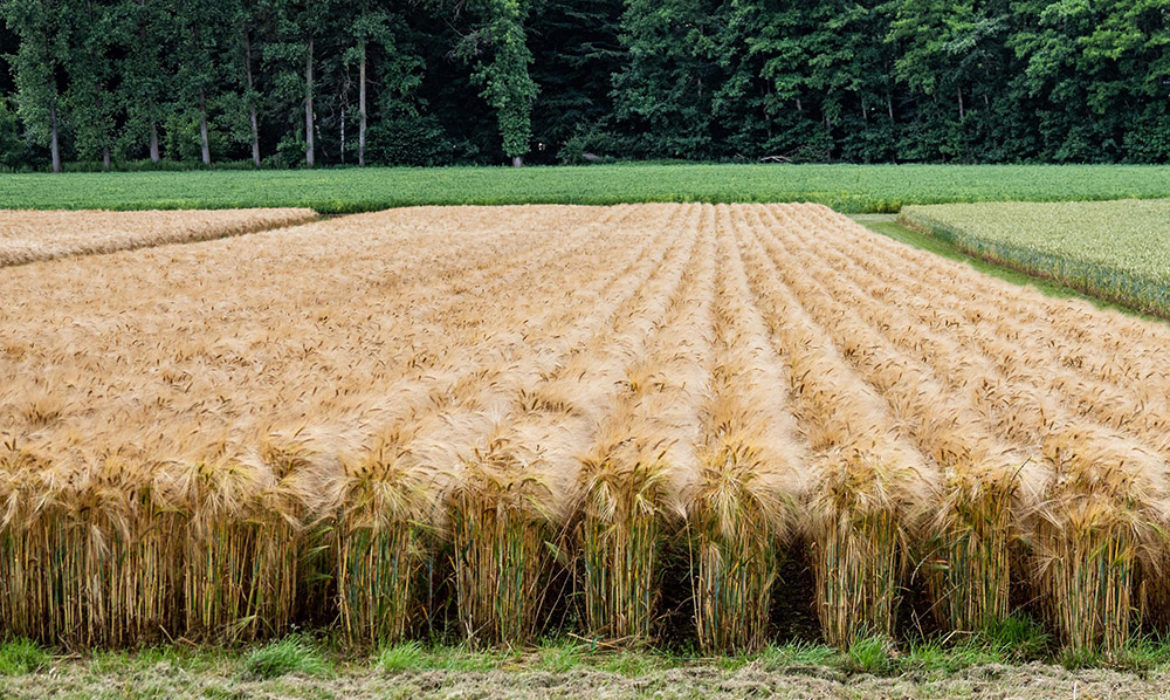 All winter barley trial variants produced the same yields in the 2021 harvest! There are also no differences between the double row with a 50 cm row width with undersowing and the other variants.

The winter barley “KWS Wallace” was sown on 04.10.2020. The sowing rate in the conventional variant was 310 germinable grains / sq m, with a row width of 12.5 cm. The theoretical seed gap within the groove was 2.58 cm. Only the seed rate was halved for the same row width in the modern variant. 155 gr/sq m resulted in a theoretical seed gap within the groove of 5.16 cm.

The two CRF variants were arranged identically: always two rows with 12.5 cm spacing and then two rows closed, in order to allow space for the companion crop with 50 cm spacing of the double row. The theoretical seed gap within the groove is 2.58 cm and is identical to the conventional variant.

Herbicide was applied to all variants over the full area on 04.11. for weed control. It was impossible to use a hoe because of regular rainfall in October. The alternative of band spraying in the autumn with an initial hoeing pass in early spring seemed very risky to us owing to a very high weed pressure. Fortunately, we have a level of flexibility in the CRF project and can solve particular challenges with full-area applications. We will try planting the undersown crop while sowing the main crop or shortly afterwards in the future.

Further crop management with fertilisation and plant protection was the same for all variants. Details can be found in the following graphic.

Hoeing in combination with the sowing of Egyptian clover was carried out in the “CRF reduced” variant on 04.04.2021. The clover developed relatively slowly at first because of competition with the barley and the extremely cold spring.  Even though it looked relatively good before harvest, the effect is relatively small in terms of promoting biodiversity. We plan to promote companion plants more aggressively next year.

The following conclusions can be drawn from the key figures: Field emergence was between 92 % and 105 % (*), i.e. at a very high and comparable level.

* Very good germination capacity and inaccuracies in metering or longitudinal and transverse distribution can lead to measured values > 100%.

Plant density shows the difference more clearly. Almost 400 ears / sq m are formed at high seed rates. The tillering rate is 1.3 (each plant forms 1.3 ears on average). The plant density n is up to 25% lower at the low seed rates of 155 gr/sq m. However, the winter barley formed more than two ears per plant on average.

The winter barley was harvested on 24 July. The complete block of each variant was threshed and weighed. The yield of 78 dt/ha is average for the site and the region. The differences between the variants are so small that we can say that all variants produce uniform yields. The lower number of ears was obviously compensated for by stronger grain formation.